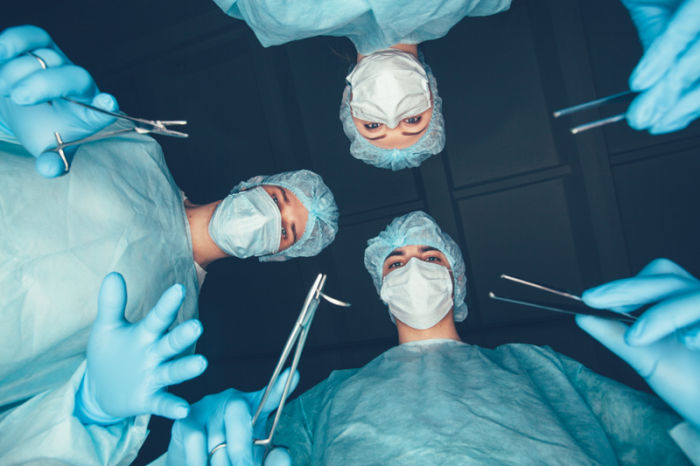 If you plan to have surgery in Florida, make sure you do your research in selecting your surgeon. A disturbing number of Florida doctors have repeated allegations of medical malpractice and multiple million-dollar med mal lawsuit settlements involving claims of permanent injury and wrongful death under their belts.

Yet, these doctors continue practicing medicine with little to no repercussion.

Florida’s less-than-desirable medical investigative procedure and slow professional prosecution allows many Florida doctors to settle lawsuits over and over again without having to admit liability. Doctors continually dodge the three-strikes law – settling, in some cases, over 20 malpractice claims without even one strike.

How can Florida residents ensure they chose a safe practitioner with so many negligent doctors actively practicing medicine? And what can you do if you feel your doctor caused your injury?

As Florida patients, many of us know that doctors have a duty to provide a certain standard of care. When a patient can prove that a doctor’s negligence led to an infection or injury, that doctor should be held liable for his or her actions.

Moreover, when a doctor repeatedly harms patients or causes more than one patient’s death, the Florida Board of Medicine (or Board of Osteopathic Medicine) should revoke his or her license to practice.

Unfortunately, Florida’s regulatory system makes it so that a majority of medical malpractice claims against doctors never even reach the Board of Medicine. In fact, several flaws exist in Florida’s health care regulation that tragically allow doctors to continue practicing medicine after multiple patient injuries or deaths.

The stories are frankly appalling, stories of families who have lost loved ones to a doctor whose large history of allegations against him would make anyone on the Florida Board of Medicine think twice before hiring that doctor to do their surgery. But little has been done to alleviate the fact that Florida doctors continue to get away with murder.

For example, insurance companies have paid to settle 19 complaints against St. Petersberg surgeon Dr. Ernest Rehnke since 1996, including complaints around the deaths of five surgery patients and the permanent injuries of four others. Wrongful death allegations against Dr. Rehnke include claims that a perforation during surgery led to fatal sepsis and that the doctor failed to note internal bleeding after surgery, failed to take prior vascular issues into account prior to surgery and failed to properly monitor oxygen levels in a high-risk patient post-surgery. Yet Dr. Rehnke’s Florida medical license is still active.

Part of the problem is the length of time Florida malpractice cases take, sometimes two years or longer. As of November 2017, over 300 Florida Department of Health malpractice cases have been pending for over one year.

These delays are likely due to a number of factors. For one, a mere handful of Florida Health Department prosecutors have to deal with hundreds of medical malpractice cases each year. In addition, relocated doctors, witnesses and evidence can take months to gather and process.

Unfortunately, many doctors under investigation go on to harm more patients and accumulate new charges.

Florida’s investigative process creates further issues. When a patient files a claim for malpractice against a medical professional in Florida, the Department of Health looks at the allegations and then decides whether to take the complaints to the medical licensing boards (based on the violation in question and other legal requirements).

In other words, around 97% of medical malpractice claims never receive reprimand by the Florida Department of Health.

And, most medical malpractice settlements end with no admission of liability and no finding of malpractice.

So, while a doctor can be involved in repeated million-dollar settlements for alleged wrongful death, they are still allowed to practice medicine.

Florida’s three strikes law does apply to doctors. If a physician is charged with malpractice three times, his or her license is revoked. But since settlements aren’t strikes, the law designed to hold wrongdoers accountable is basically worthless in medical malpractice cases.

Even though settlements are necessarily proof of medical negligence, studies show that a doctor’s chances of being involved in malpractice-related settlements increases with the number of settlements he or she already has under their belt.

Though Florida regulators have reprimanded Dr. Kaplan over the past 20 years, Dr. Kaplan has continued to practice cosmetic surgery. In 1996, Florida’s Board of Osteopathic Medicine imposed certain training obligations on Kaplan, restricted his practice in 2000, put him on probation in 2003 and suspended him from practice in 2006.

In 2012, after a 24-year old woman claimed she developed infections after Kaplan assisted in her surgery, the Florida Department of Health and Dr. Kaplan agreed to a $13,000 settlement, requirements for additional training and restrictions on performing further surgery involving incisions.

Yet, in 2014, patient Shirley Woodhall alleged that Kaplan assisted in her breast implant procedure against the Board’s orders, causing permanently misshapen breasts and tissue death resulting in necessary nipple removal. Kaplan argued that he didn’t realize he couldn’t assist with the surgeries. In November 2016, the Board requested revocation of his medical license. But because Kaplan hopes to appeal, his license remains active and he is free to continue practicing medicine.

Many patient injuries and deaths could be avoided if Florida healthcare regulators would reexamine the system and patterns of malpractice claims among Florida physicians. Faster, more efficient prosecutorial processes are long overdue. Meanwhile, Florida patients should look their doctors up on databases like the Florida Office of Insurance Regulation’s Medical Professional Liability Reporting Claims Database before entering into a doctor-patient relationship.

Are you a seriously injured victim of one of the repeat offender doctors or some other healthcare professional? Learn your legal rights early as there are strict time limits to filing medical malpractice claims in Florida. Connect Online to set up a confidential no-cost consult.