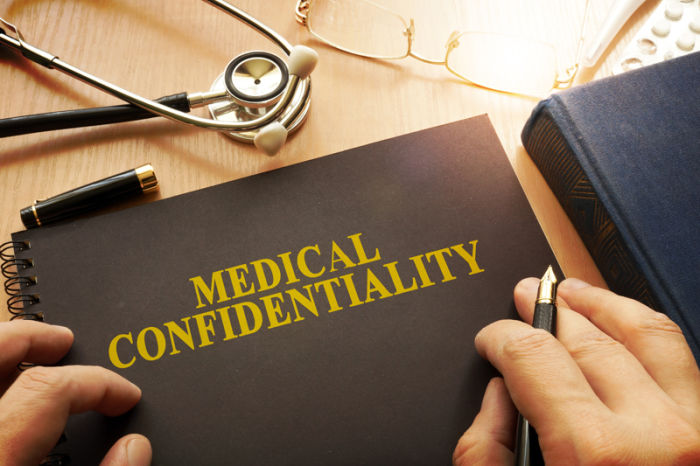 Even the dead have certain privacy rights. On November 9, the Florida Supreme Court struck down sections of the state’s medical malpractice law. In the 4-3 decision, justices found that these provisions violated patients’ access to courts and their right to privacy.

The decision is a strong blow to the state’s medical malpractice pre-suit process.

The affected sections of the law required those filing a medical negligence lawsuit to allow potential defendants to speak to the plaintiff’s health care providers about confidential medical information. Such interviews could take place without either claimants or attorneys present.

The 2013 law, hotly contested by all interested parties prior to passage, was justified by proponents as a tool for weeding out frivolous medical malpractice claims, streamline the litigation and encourage parties to settle.

The law permitted prospective defendants or their legal representatives to interview the claimant’s health care providers,

“consistent with the authorization for release of protected health information.”

Notice of the intent to conduct such an interview required informing the claimant or their attorney, and it was their responsibility to arrange a mutually convenient date and location for the interview.

“may attempt to conduct an interview without further notice to the claimant or the claimant’s legal representative.”

In other words, they could arrange to conduct such an interview in secret! In legal terms, it was an ex parte arrangement, meaning all the parties involved or their legal representatives did not have to be present.

The woman who challenged this law on behalf of her late husband was told by her husband’s physician that the dead have no privacy rights.

Emma Weaver fought to have her husband’s medical records remain private, while the lawyer for the doctor whom she was contemplating suing for malpractice argued that her husband’s right to privacy ended at death.

“If we were to follow [the doctor involved in the suit] argument that a person experiences the loss of privacy applicable while living upon the change in status from alive to dead, then the secrets of that person’s life, including his or her sexual preferences, political views, religious beliefs, views about family members, medical history, and any other thought or belief the person considered to be private and a secret are subject to full revelation upon death.”

Lewis also stated that even the possibility of exposing a person’s “extremely sensitive private medical information” is the type of intrusion by government that the state’s constitution protects against. Lewis wrote that death does not “retroactively abolish” the constitutional privacy protections existing at the moment of death.

He called it ironic to think otherwise, as it would allow plaintiffs who survived alleged medical malpractice greater rights to privacy than those who succumbed to the alleged malpractice.

The Florida Supreme Court concluded that it as unconstitutional for the legislature to,

“now authorize optional ex parte meetings which are limited by a relevance standard–even though the Legislature is the same independent branch of government that closed the door on ex parte meetings in the first place and no Florida case law has ever held that the constitutional right of privacy precludes the ex parte disclosure of information bearing on a malpractice claim.”

If you or a family member are a medical malpractice victim, perhaps we can help. We have a great track record litigating the most complex and challenging claims, with great results. Give us a call to learn your rights and options. It’s always confidential and there is no fee for a consult.