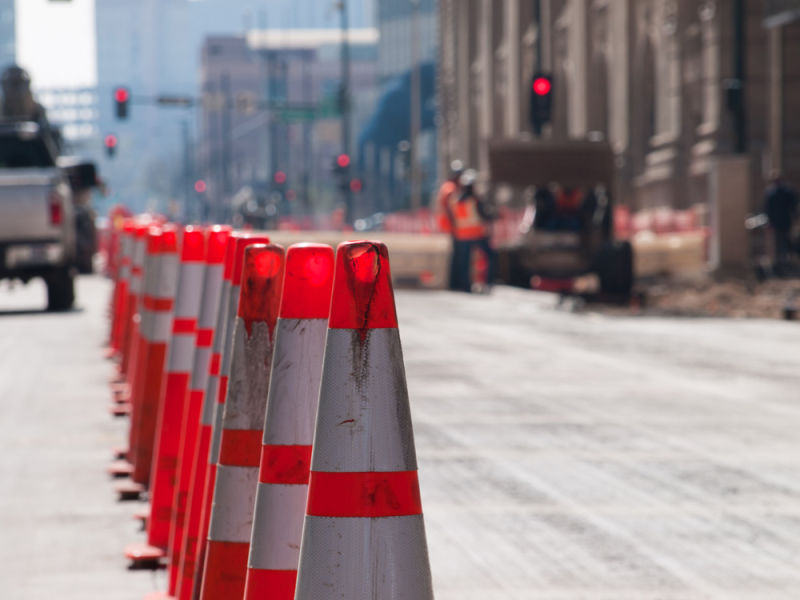 Many Florida highways appear as if they are in a constant state of construction, with work zone cones, signs and barrels dotting the landscape.

While repairing roads and building new infrastructure is important, these construction areas have more than a normal highway’s share of accidents and fatalities. The victims are not only construction workers, but also the drivers and passengers in motor vehicles.

Florida has the dubious distinction of being one of the top three states for highway construction accidents.

Large trucks are involved in roughly one-quarter of all work zone crashes, compared to about half that number in standard highway accidents. Some of the standard factors for all crashes – speeding, driving under the influence and not using a seatbelt – were involved in work zone accidents.

Two-thirds of these accidents occur in daytime, with Tuesdays, Wednesdays and Thursdays the most fatal days. Eighty-five percent of work zone crash deaths are drivers or passengers, while construction workers make up 15 percent of fatalities.

However, the U.S. Bureau of Labor Statistics notes that 66 Florida workers died from injuries in work zones between 2003 and 2010. Most of them died after being hit by a motor vehicle, with pickups and SUVs the worst offenders. Some deaths were attributed to other incidents, such as a falling object landing on the worker or thirteen percent of these occupational deaths did not involve employees actually working at the site, but passing through the work zone. Nearly all of these fatalities involved truck drivers.

Safety plan contractors and subcontractors have to file a plan for the work zone with the municipality, county or state before getting the contract. The problem is not usually with the plan on file but with its execution. A poor layout and negligence by contractors wanting to cut corners is responsible for many injuries and fatalities.

A personal injury attorney investigates whether the work zone site’s safety plan was adhered to at the time of the accident.

Florida’s Department of Transportation (FDOT) has implemented various strategies to reduce work zone accidents. These include the Motorist Awareness System (MAS), which intends to achieve the same speed limit respect for work zone as for school zones. The latter has a high compliance level by motorists, whether or not law enforcement personnel are present. MAS is only implemented in work zone sites requiring a lane closure.

Other work zone strategies implemented by the state include the use of raised rumble strips for flagging operations as well as public service announcements. It also promotes an annual “Work Zone Safety Awareness Week” each April. Since the FDOT began its work zone implementation, deaths have decreased from 162 in 2005 to 43 in 2010. Since then, the numbers have trended upward, although not nearly to the levels of the early 2000s.

Florida regulations require highway construction workers to receive safety training. For the ordinary motorist encountering a work zone, there are ways to keep yourself and your passengers safer while passing through the work zone beyond obeying the speed limit, belting up and not driving under the influence.

Avoid any kind of distraction, such as cell phone use or even flipping stations on the radio. Pay careful attention before and during the drive through the work zone. Do not tailgate – a sudden stop by the vehicle ahead of you could end up in the rear-end collision so common in these zones. Do not change lanes unless absolutely necessary.

In essence, take your time. Most work zones aren’t that long. Staying calm and waiting patiently can make all the difference in the world.